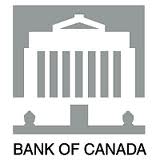 The Bank of Canada is raising its target for the overnight rate to 1 per cent. The Bank Rate is correspondingly 1 1/4 per cent and the deposit rate is 3/4 per cent.

Recent economic data have been stronger than expected, supporting the Bank’s view that growth in Canada is becoming more broadly-based and self-sustaining. Consumer spending remains robust, underpinned by continued solid employment and income growth.  There has also been more widespread strength in business investment and in exports. Meanwhile, the housing sector appears to be cooling in some markets in response to recent changes in tax and housing finance policies. The Bank continues to expect a moderation in the pace of economic growth in the second half of 2017, for the reasons described in the July Monetary Policy Report (MPR), but the level of GDP is now higher than the Bank had expected.

The global economic expansion is becoming more synchronous, as anticipated in July, with stronger-than-expected indicators of growth, including higher industrial commodity prices. However, significant geopolitical risks and uncertainties around international trade and fiscal policies remain, leading to a weaker US dollar against many major currencies. In this context, the Canadian dollar has appreciated, also reflecting the relative strength of Canada’s economy.

While inflation remains below the 2 per cent target, it has evolved largely as expected in July. There has been a slight increase in both total CPI and the Bank’s core measures of inflation, consistent with the dissipating negative impact of temporary price shocks and the absorption of economic slack. Nonetheless, there remains some excess capacity in Canada’s labour market, and wage and price pressures are still more subdued than historical relationships would suggest, as observed in some other advanced economies.

Given the stronger-than-expected economic performance, Governing Council judges that today’s removal of some of the considerable monetary policy stimulus in place is warranted. Future monetary policy decisions are not predetermined and will be guided by incoming economic data and financial market developments as they inform the outlook for inflation. Particular focus will be given to the evolution of the economy’s potential, and to labour market conditions. Furthermore, given elevated household indebtedness, close attention will be paid to the sensitivity of the economy to higher interest rates.

The next scheduled date for announcing the overnight rate target is October 25, 2017. The next full update of the Bank’s outlook for the economy and inflation, including risks to the projection, will be published in the MPR at the same time.